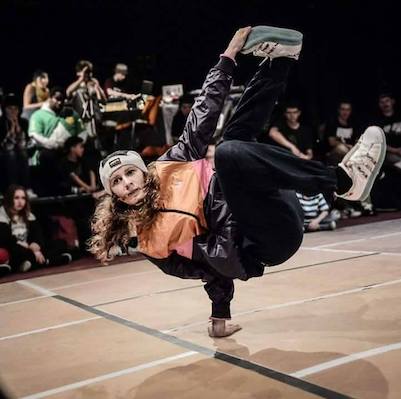 Airchair, or airchair freeze, freeze, position supported by one arm, with the elbow of the supporting arm stabbed into the lower back and hips facing upward.

The airchair was developed by Poe One around 1999 . It evolved from the chair through two of Poe One's moves, the Captain Hook and Cobra Attacking the Eagle. Erik and Bebe developed similar moves around the same time . Earlier, Maurizio and Gizmo did sidechairs that occasionally resembled an airchair.

Also two-arm airchair. Airchair with both hands on the ground. Optionally, both arms are stabbed into the lower back.

Airchair with legs in the lotus position.