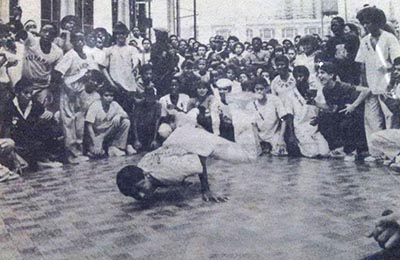 Turtle, or turtle freeze, freeze, position supported by the arms with both elbows stabbed into the abdomen.

The turtle was developed by Mongo Rock in the 1970s . Members of the Rock Steady Crew did the turtle in 1981 .

Also handglide freeze. Turtle with one arm extended, as in a cricket.

Turtle supported by only one arm, as in a handglide.

Turtle with legs in the lotus position.